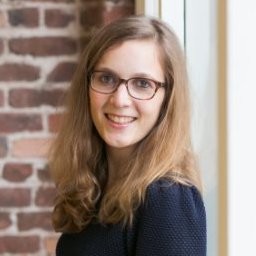 Mathilde Colin
Mathild Colin is the CEO of Front
LinkedIn

This post was originally posted on Mathilde Colin’s medium (here).

A little less than 2 years ago, I shared our series A deck online. This was undoubtedly the most efficient thing I’ve done, since it took me virtually no time at all (it was already done). It’s now been seen more than 2 million times, and I’ve received hundreds of thank you messages for it. Hoping that similar causes have similar effects, since we just raised a new round of funding, I’m making the deck public as well! I hope it’ll help other founders calibrate their story, and be interesting to people working in software and beyond.

First off, why did I raise at the time I did? Founders sometimes ask me: “do you think I should raise now?” The framework I use to answer this, is to make sure these 3 requirements are met before considering a round of funding:

1 is the most overlooked, yet the most important one in my opinion. You need to be confident in what you’re doing, so that you can project this confidence to investors and inspire trust and respect. In this regard, strong core metrics are by far the best thing you can have to help build this confidence — not to mention that generally speaking, being a growing, healthy business never hurts when trying to raise funds :)

Last November, I felt great about Front’s business, for a variety of reasons that are laid out in the deck. A few investors had mentioned in passing that they’d be interested in leading our series B — and I believed them, so I decided to initiate a fundraising process.

A few weeks later, we had raised $66M, led by Sequoia and followed by DFJ. I don’t have enough experience to draw general conclusions as to why it went well, but there is one thing I’m pretty sure has helped: I leveraged my existing relationships with one partner in each of the VC firms, to be able to get a partner meeting right away. Building these relationships happened over the course of Front’s entire existence, so in effect, it took me 4+ years to secure this funding :) Build relationships early and maintain them regularly, but keep it short and focused (I usually meet with each firm once every 3 to 6 months).

The not so good:

Learn and get inspired by pitch decks that have convinced investors to get on board with entrepreneurs.

BY ROUND
BY MODEL
BY INDUSTRY